Watching my daughter’s video of the recent P!nk concert in Auckland, the breath-taking thrill for both performer and audience of P!nk soaring at speed above the crowd was obvious. Something that’s easier to capture on film than in words, but following on from my previous post about 19th-century aerialists here are some books that reveal the marvel of the trapeze.

Nights at the Circus by Angela Carter: 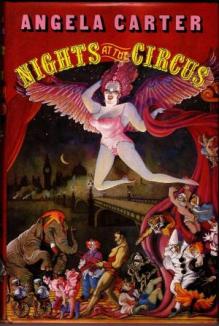 Nothing else describes the illusory glitter of the circus better than this brilliant, exuberant novel. Sophie Fevvers is an aerialist extraordinaire, part woman, part swan. Or is she a fake? Jack Walser, an American journalist, is on a quest to discover the truth behind her identity. Dazzled by his love for her, and desperate for the scoop of a lifetime, Walser joins the circus on its magical tour through turn-of-the-nineteenth-century London, St Petersburg and Siberia. Suspend your disbelief until you reach that perfect last line.

Acrobats and Mountebanks by Hughes Le Roux and Jules Garnier: 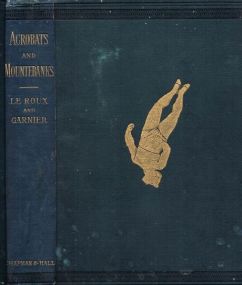 Published in 1890, this portrays the romance and allure of French circuses and fairs, illustrated with charming line drawings and witty anecdotes. Read about the contortionist Serpent-man whose gambling debts forced him to sell his skeleton to science (he travelled with a coffin and embalming instructions should he meet an untimely demise) on Project Gutenberg. 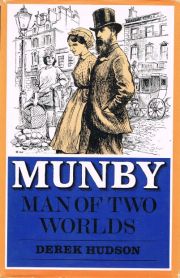 The remarkable private diaries kept by Arthur Munby, a London barrister. Munby lived a double life having secretly married his servant, Hannah Cullwick, and at his death in 1910 the diaries were sealed for forty years. Munby documented his voyeuristic obsession with working-class women, he frequented the Music Halls and describes the trapeze artistes’ performances in vivid and sometimes prurient detail.

The Ordinary Acrobat by Duncan Wall:

If you’ve ever had the urge to run away and join the circus then this is the book for you. It weaves the author’s year-long experience studying the circus arts of juggling, tumbling, and trapeze at France’s École Nationale des Arts du Cirque with that of circus history.

The Reckless Era of Aerial Performance, the Evolution of the Trapeze by Steve Gossard:

This self-published book is hard to find but I have the 2nd edition from 1994. Gossard, the Curator of Circus Collections at Illinois State University, answers all the questions on trapeze history: who, what, when and where. Health and safety regulations didn’t keep up with developments in the trapeze – a reckless era, indeed.

Learning to Fly by Sam Keen:

A memoir about learning the trapeze at the age of 61, Sam Keen reflects on fear, trust, and the joy of letting go. An insightful inner journey through the “circus of the mind”.

Are there any other books about trapeze artists that you would add to my list?

One thought on “Trapeze: A Visual Spectacle?”